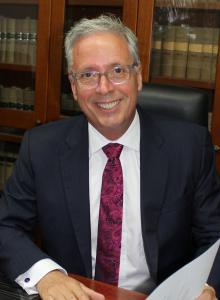 Mr Greg Eddy [BA, DipEd, MEd (NE), MACE, FAICD, FAIM] was appointed Master and Chief Executive of King’s College (one of only four men’s Colleges in Australia) within The University of Queensland in October 2004 and commenced in January 2005.

Before that he was Principal and CEO of Dunmore Lang College within Macquarie University from 1999. During his time at Dunmore Lang, the College developed a Master Plan and completed construction of new buildings at a cost of almost $6 million.

From 1995-1999, Greg was Master at Earle Page College at The University of New England and from 1991-1995 he was Dean of Students and Deputy Master at St Albert’s College. 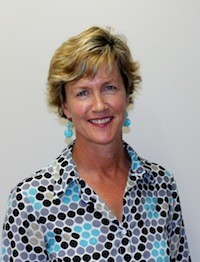 Madeleine brings to the College over 20 years of experience across a wide range of business sectors in the advertising and marketing arena. Previous to the College Madeleine held positions as Senior Account Manager at DAIS brand Strategy and Account Director at Zig Zag advertising. Enhancing relationships within the College, UQ and wider community members resulting in successful business opportunities is Madeleine’s main objective.

Passionate about branding, she is keen to continue building on the positive reputation of the College today. Having lived in the community for the past ten years with husband Richard, son Nicholas (24) and daughter Eloise (18), Madeleine loves an early morning run or row on the river before work and a ski with family and friends (anywhere there’s snow!). 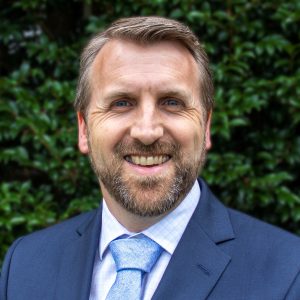 Mr Peter Walker (BPhEd, BCom (Otago), GradDipArts (Massey)), is responsible for all activities associated with students as well as overseeing the College Admissions Office and Student Leadership Team. Peter joined the team at King’s in February 2017.

Peter comes to King’s with 21 years of experience living and working in residential colleges. Prior to joining King’s Peter held the position of Warden of Carrington College at the University of Otago, New Zealand from May 2013 to January 2017. Preceding this he had the pleasure of holding the role of Head of College at his alma mater, Cumberland College (University of Otago)  from January 2007 to June 2013.

As a first year student Peter had intended to only remain in college for a short period of time. However a passion for the college community and working with young people developed and he feels fortunate to have forged a career in such vibrant and energetic environments.

Peter lives on site at King’s with his wife Sarah and their three boys Theo, Zach, and Toby, along with their energetic puppy Alfie. They enjoy having their young sons as part of the King’s community, especially the opportunity for them to have lots of ‘big brothers and sisters’. In his spare time Peter is a keen runner and hiker who looks forward to exploring the great Australian outdoors with his family.

Before working at King’s Mr David Warren [B App Sc, MBA (NE), CPA] had several postings as an Infantry Officer. David left the Army in early 1995 as a Captain. David has worked in administrative and accounting roles for medium sized private companies. David started at King’s in 2004 as the Financial Controller and in 2007 he became the College Business Manager.

Mrs Rachelle Hynds [GradCertBus(Man)(QUT)] was appointed Registrar of King’s College in 2015 following her initial appointment as Personal Assistant to the Master in 2011. Rachelle has worked in administrative and business management roles and also as a paralegal and brings over 20 years of experience to the College. Prior to her commencement at King’s, Rachelle held various administration positions in Zimbabwe, New Zealand and Brisbane. Some of her more recent employment includes her positions as an Office Manager within a Medical Practitioners Head Office, Property Manager at Century 21, an Administrative Officer for the Lord Mayor of Brisbane and an Administrator within the Compliance Division of ASIC. Rachelle was born in Zimbabwe. Rachelle, her husband, Steve and their two daughters, Jamie and Chantelle, emigrated in 2000. Rachelle delights in meeting and assisting all new and existing students and their families. She enjoys all aspects of her role in creating an efficient and seamless enrolment process and making all students feel welcome at King’s! 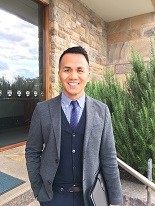 Mr Tony Andres [BA, MEd] is responsible for managing all aspects of learning and careers at King’s. Tony oversees the academic performance of all student residents and associate members. He supports students to successfully transition into university life, navigate through academic challenges, and to develop job-ready skills in preparation for future employment. He also manages the Learning Centre and provides strategic leadership and direction to the College’s team of 50+ academic and tutoring staff.

Tony has close to 15 years’ experience in the higher education sector both in the United States and Australia. Prior to joining King’s Tony worked at The University of Queensland (UQ) in the Business, Economics and Law Faculty, the Student Services directorate, and in the UQ International – Global Engagement unit. Before moving to Australia in 2010, Tony was a university Residence Director (Massachusetts, USA) and a Financial Aid Counsellor (California, USA).

Tony has a passion for working with students to help them achieve their own personal best and make university a fulfilling experience. He enjoys travelling and staying active through sports. While originally from the United States, Tony now proudly calls Brisbane home.​