Notice of the KOCA SGM and AGM

Officially founded in 1923 the King’s Old Collegians Association (KOCA) is the oldest of its kind affiliated with The University of Queensland colleges. It is believed that an unofficial KOCA started as early as 1915 on the famous battlefields in Gallipoli in World War 1.

All correspondence should be
addressed to: 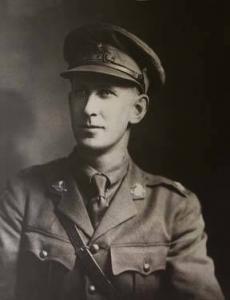 The following excerpt from the Annals of King’s College captures the early history of the Association: “King’s College has one proud tradition that time can never tarnish. The College was open for students in 1913. In March 1914, the second entry of freshers came in, bringing the total number up to 30. Five months later the Great War broke out and men were called to arms. The response from King’s men is now so famous that it seems unnecessary to record it in print. However, for the benefit of oncoming men let it be written. King’s answered as one man, and the College was almost emptied (as the first Master put it, “to the honour of King’s for all time”). Thus were our first Old Collegians created. It is said that four of them met on Gallipoli Peninsula, and first formed an unofficial KOCA. The War finished, some of the men returned to King’s and brought with them a wonderful esspirit de corps that served as the best tonic possible to the young College. So the official KOCA came into being in 1923 with exactly the same ideals that the first unofficial body had – to keep evergreen the King’s spirit of comradeship amongst past men and to render the College love and service in all ways within the power of the Association.”