Change can be challenging, and so it has been particularly rewarding to receive so many messages of support from current and former Kingsmen on the recently announced issue of co-residency in 2020. While some of us may be pondering the merits of such a major move, the encouraging words below remind us that change can bring opportunity and that the King’s values of loyalty, respect, integrity, courage and humility live on in each of us.

The decision by the Council to go co-ed makes sense. It represents an appropriate response to the changes taking place in our society and in higher education. But going co-ed is not just about adjusting to market changes, it is also about equity, inclusion and diversity, about adding to the quality of student life, about ensuring the College equips Kingsmen and Kingswomen with the qualities they will need to assume the leadership and professional roles demanded of them in the future.

Malcolm Broomhead AO (KCSC President 1970 and Fellow of the College)

Whilst the men only arrangement served well in the past, community expectations and requirements have changed and it is definitely time for the college to reflect the different society in which we now operate. Leaders recognise shifts in the expectations of their stakeholders as well as the major trends in their operating environment and they make the bold decisions to adapt to those changes. You have done just that and I applaud you for doing so.

In my youth I was shy, dumb and awkward interacting with girls, even though I was attracted to them – at a distance. An all-male schooling (Ipswich Grammar) and College life didn’t help much. I think a co-ed mixing and learning together would have led earlier to a more natural, healthier state of mind and to boy/girl, and later, woman/man, relatability. Alas, too late for me –– I am a year or two short of my century –– but lucky Kingsmen to come.

Dr Trevor Faragher (KCSC President 1956, Fellow of the College and author of the College’s centenary history in 2012, Men and Masters)

To look back and to believe, as the hymn says, that ‘. . . change and decay in all around I see’ will not help to meet the needs of current tertiary students. The changes in our time of economic and social climates are self-evident. We can recognise this fact without departing from our enduring standards, for to adapt is not to adopt the standards of others who accommodate students simply by providing a cheap roof over their heads. King’s will continue to provide a home away from home that welcomes women and men to live in a comfortable and friendly college where they will find congenial colleagues, mentors and tutors to aid them in whatever field they are studying. To ensure this and indeed for its continuation, King’s must adapt.

Dr Ross Fardon (KCSC President 1959 and Fellow of the College)

King’s for men and women. The decision is not just right, it is essential. The initial reaction, the loss of a hundred-year tradition, is turned on its head the moment you think about it. It is not loss but gain. For a long time, King’s has been preparing men for their proper role in society. Their proper role is to invite into King’s the wonderful roles of women in society, learning and leadership. And the college photos will look better.

The leaders of King’s have made a courageous and brave decision and I believe we should be standing behind them offering ideas and support that will, in turn, help the future women of King’s enjoy their time as much as we did. Ultimately this decision has been made and I believe it should bring us closer together to offer ways in which King’s can continue to prosper and develop outstanding men and women. I am extremely excited to see where this adventure goes and look forward to making King’s even greater.

…and here I was a few years ago saying my daughters will never walk the halls of King’s…..
Business is business and it certainly doesn’t change the past for any Kingsmen. Am happy to sponsor a second oar rack when needed!

As an Executive and Student Leadership Team, the most important thing to us is the future of King’s. This year, we will continue to support the College and work to help preserve its culture and traditions for coming generations of King’s students.

As a passionate old collegian of King’s College and past president of the King’s College Students’ Club I feel obligated to share my thoughts and feelings surrounding the current events regarding King’s College’s transition to a coeducational institution.

Firstly, it’s clear that this matter is of extreme importance to both the current and past members of King’s. This should stand as testament to the strength and power of the culture that is clearly not lost within the walls of 76 Upland Road St Lucia.

I feel incredibly fortunate to have spent some of the most memorable and fundamental years of my life at King’s College (2010 – 2013). During this time, I forged several unique relationships that I will continue to treasure throughout my life. These relationships are certainly not only with boys who attended King’s but also with members from almost all the other colleges on the UQ campus.

King’s offered me the opportunity to learn from and be mentored by some of the most brilliant men and women I’ve ever met. As a student arriving internationally, the King’s College community was a welcoming stepping stone towards my own personal and unforgettable journey.

The continuous reminder of the powerful energy that comes from community, kindness, love and support will forever resonate with me thanks to King’s College but also thanks to the wonderful culture that is collegiate living at The University of Queensland.

I am truly of the belief that this great lesson will not be lost as a result of King’s inviting women into its doors. In fact, the aggressive denial of this proposal could certainly be seen as offensive, disrespectful and narrow minded.

It is obvious that the decision to move towards a coeducational college was also largely driven by financial pressures. The pressure that institutions like Uni Lodge and the growing perception that High School graduates would rather have their own independent living arrangement cannot be understated. It is important to understand that whilst King’s offers countless social, emotional and developmental opportunities it is ultimately a business like any other. In this sink or swim economic climate we live in, the business that is King’s College must either continue to grow or face a far sadder reality of a potential discontinued existence.

I feel it important to also acknowledge the enormous efforts of the key players and contributors to King’s over the most recent decade. Namely Professor Trevor Heath – his wise, kind and compassionate presence touched almost everyone who passed through the doors of the College. President of the KOCA Blake Miller who has displayed more passion, determination and commitment to all things King’s College past present and future. The Master, Greg Eddy, whom I can, without any hesitation, say has always had the best interest of each boy who attends the College at heart, whilst also being the driving force behind developing King’s into what is now arguably the best residential college for university students in Australia.I will continue to my play my part in maintaining and fostering the strong traditions of King’s College through my efforts in coaching the Hong Kong 10’s rugby tour and contributing towards all ongoing discussions about King’s in the most positive, constructive light I see fit.

To conclude, I agree with the recent words of past president Neil Farmer – at the end of the day the sun will still rise tomorrow and those who choose to attend King’s will still have as great a time as we all did. Whether they be male or female, those who choose to attend college will be able to enjoy and experience all that college life has to offer no different to the way we did – so long as they make the decision to do so. 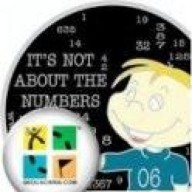